Wolves, the Wolf Hunters of Sherwood Forest, Outlaws and the ‘Wolf’s Head’

In England a medieval Forest was an area of land effectively designated as a game reserve, where the hunting of deer and other beasts of the chase, was the exclusive right of the Crown (or on occasion a private magnate).

In a landscape designated for the protection primarily of deer for the Kings pleasure to hunt and to eat, then the last thing wanted, was for these animal to have to share it with other hungry predators.

In medieval times perhaps the most feared predator in the forest was the wolf. 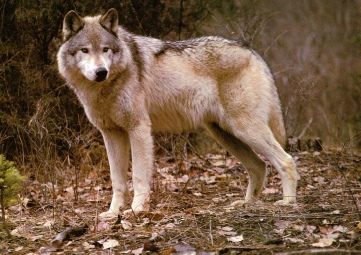 We know that wolves were prevalent in the earlier medieval period, but their numbers declined as human populations increased into the 12th - 14th centuries, and the wolf populations suffered through this contact, due to persecution.

There were wolves living wild and hunting in Medieval Sherwood Forest, most likely into at least the 14th or 15th centuries.

We know this because there were officers employed in the Royal Forest, known as “Wolf Hunters” whose job it was to track them down an kill them.

The Inquististiones Post Mortem (IPM (inquests after death)) for Nottinghamshire for the year 1339 list amongst their number a ‘Walter le Wolfhunte’:

‘Walter le Wulfhunte held in his demesne* as of fee on the day that he died a messuage* and a bovate* of land with appurtenances in Mammesfeldwodehouse* in the county of Nottingham of the king in chief, by service of chasing wolves outside of the King’s forest of Shirewood, if any they found’ (Blagg 1939).

*demense - a piece of land attached to a manor and retained by the owner for their own use.

*messuage - a dwelling house with outbuildings and land assigned to its use.

*bovate - the amount of land (supposedly) tillable by one ox in a ploughing season. Typically around 15 acres.

This is a wonderful insight into the lesser known positions within Forest administration - a man in Mansfield Woodhouse, part of the Crown manor of Mansfield; being directly employed by the king to chase wolves.

It also tells us something of the landscape of the forest- one still wild enough to harbour wolves.

But most wonderful is the insight it gives us into the people of the forest.

What kind of man was Walter the Wolf Hunter? A grizzled ‘Davy Crockett’ style man of the woods, hardened and fearless running off into the night, whilst others run the other way? 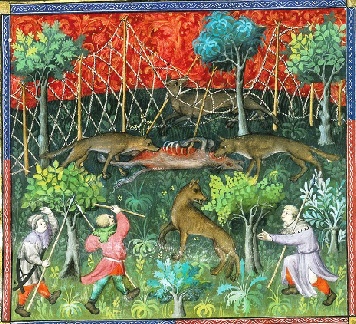 Grizzled and fearless as he may have been…

Something of their appearance can be seen in this account of Wolf Hunters in the Peak Forest:

“they carried an axe and a spear, with a cutlass or hunting knife attached to their girdle, but neither bows nor arrows. They also had with them a mastiff, not lawed, and trained for this work“ (Cox, (Ed.), 1903, p13). 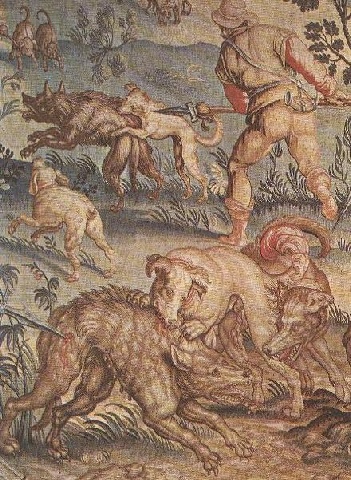 However as well as the idea of men hunting wolves, it seems they also used traps and snares as a more practical method of population control:

In his book “The Sports and Pastimes of the People of England from the Earliest Period: Including the Rural and Domestic Recreations, May Games, Mummeries, Pageants, Processions and Pompous Spectacles” Joseph Strutt, writing in 1801 (Edited and republished by L Charles Cox in 1903) states the following:

"The wolves of England in historic times were probably more often trapped than hunted. The family of Wolfhunt who held land of the king in the Peak forest by service of taking the wolves, adopted other means than hunting to keep them down. An inquiry as to the rights of the foresters of the peak was held in 1285. John le Wolfhonte and Thomas Folejambe then held a bovate of land which was formerly one serjeanty assigned for taking the forest wolves. They stated that twice each year, namely in March and September, they had to go out through the midst of the forest to place pitch to take the wolves in the places they frequented, because at those seasons of the year the wolves were not able to smell disturbed soil as at others. In dry summers they also went at the feast of St Barnabas (June 11th), when the wolves had whelps, to take and destroy them; and then they had with them a servant to carry their traps (ingenia\).”

Although clearly an important role, hunting wolves was not a daily occurrence by the 14th century.

So, on his days off from wolf hunting Walter le Wulfhunte of Mammesfeldwodehouse was also liable to be called to the kings service as another Forest official:

Here he is serving as a ‘Regarder’ (a forest official dealing in surveying the boundaries of the Forest and Kings woods in the Forest) at the 1287 Forest Eyre to testify in cases of assarts (clearing of woodland for arable) against people living in the Forest of Sherwood.

The medieval text is in Latin, Walter appears alongside a group of selected men to testify as to what they know, and they include:

The post of Wolf Hunter lived far beyond Walter its most famous occupant.

By the 15th century the post in Sherwood Forest, and the associated property in Mansfield Whoodhouse had apparently passed down to a new Wolf Hunter:

'Sir Robert Plumpton held one bovate of land in Mansfield Woodhouse, called "Wolf-hunt land," by service of winding a horn, and chasing or frightening the wolves in the forest of Sherwood' in 1432 in the reign of Henry VI. (Robert White, Worksop, The Dukery, and Sherwood Forest, (1875)).

The ‘Wolf Hunt House’, occupied by Sir Robert, which is located in the same plot which once belonged to Walter in the 14th century; still stands on the High Street in Mansfield Woodhouse to this day, with parts dating to the 15th century and later. 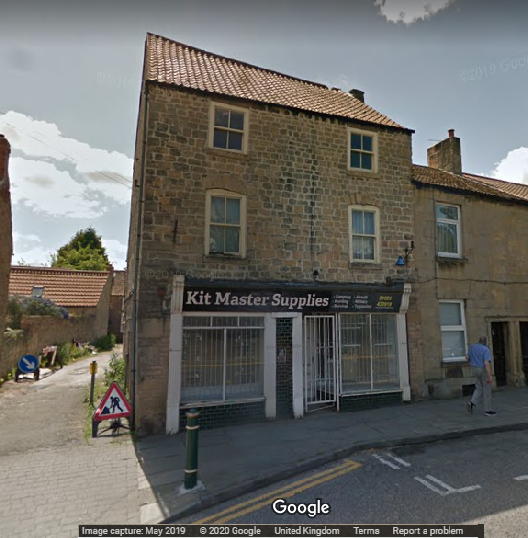 These Wolf Hunters must have been formidable characters, fearless and strong who carried out their roles within the forest administration- mostly anonymous to us due to their usual absence from the records.

These few chance survivals in the documentary record offer us a rare and wonderful opportunity to see into the lives and livings of some of these characters of Medieval Sherwood Forest.

Wolves were clearly widely feared, and as well as the Wolf Hunters who hunted wolves in Sherwood Forest and the Forests of England at large, it is highly likely anyone catching a predatory ‘lone wolf’ would have been well rewarded.

Anyone catching and killing a wolf would be rewarded for bringing home a ‘Wolf’s Head’, and receive the relevant fee.

Interestingly Wolves provide us with a link to outlaws.

An outlaw was often said to have a ‘Wolf’s Head’.

The legal phrase for this was ‘Caput Lupinum’- this term in English law meant having the ‘head of a wolf’.

Similar to the Wolf Hunters above, who could legally kill a wolf, this law referred to the fact that an outlaw could be killed by any one legally, and perhaps refers to the prize that would be rewarded similar to that for killing a wolf.

With wolves and outlaws at large in the woods it easy to see why the Forests of England became legendary, and why Sherwood Forest came to be associated with Robin Hood, the greatest outlaw of them all!

Why not explore Mansfield Woodhouse on the map below and see if you can find the Wolf Hunter House: