The oldest literary reference to Robin Hood comes from the medieval poem Piers Plowman by William Langland and dates from the year 1377.

However the use of the surname ‘Robinhood’ predates this considerably.

From the early 1980's onwards a number of ‘Robinhood’ surnames have been found in 13th century documents. 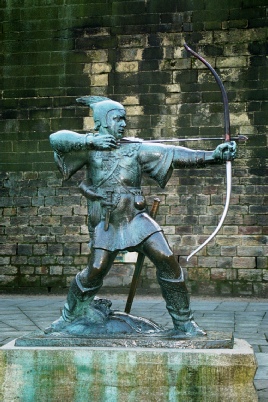 All of those found so far date from 1261-1290. This is a hundred years earlier than the Piers Plowman reference.

This suggests that the legend- or the term ‘Robin Hood’ was in use by the second half of the 13th century at least.

Any original Robin Hood must therefore have been operating before or around this time.

The notorious Folville gang operated in the early 14th century and were mentioned in Piers Plowman within a few years of their exploits (see their story page for more details),

Most of the surnames recorded are to do with law-breaking, and were suspected or outlawed criminals, as shown by the list below from the 1989 edition of J C Holt’s ‘Robin Hood’:

Alexander Robehod was sought for theft in Essex in 1272;

Gilbert Robehod was released to pledges by the justices after an unspecified charge in Suffolk in 1286;

Robert Robehod was indicted in Hampshire in 1294 on a charge of stealing sheep;

John Rabunhod was charged with others in 1272 with murder- after a quarrelsome brawl in a tavern near Fareham, Hampshire; he had fled and was outlawed.

And a William Robehod who appeared in 1261-2 in Berkshire as a member of an outlaw gang suspected of robberies and of harbouring robbers.

Coincidentally, along with these ‘Robin Hoods’ in a 1292 a Little John and a Petit Johan were both appealed of robbery (Holt 1989).

Of all these surnames the most significant is ‘William Robehod’ of 1261.

His entry into history was discovered by David Crook formerly of the National Archives and former editor of the Transactions of the Thoroton Society, whose great knowledge of the subject and years of experience enabled him to link to separate historic cases together:

William Robehod is listed for the crime stated above in the King's Rememberancer's Memoranda Roll of Easter 1262.

By a chance survival the crime is also recorded in the roll of the Justices in Eyre for Berkshire in 1261.

Here William Robehod is actually revealed to be a ‘William son of Robert le Fevere’.

The Clerk in the 1262 roll had changed his name to Robehod!!!

Therefore the name in this instance is a nickname and not a surname. (Crook 1987).

Was Robin Hood a nickname for any 'Robbing Hoody'?

Or was this clerk familiar with a legend already widely in circulation in 1261?

Whatever the reason the entry is incredibly significant as it means it would be very difficult if not impossible to be sure of the authenticity of any earlier ‘Robinhood’.

There are earlier names that could be the original Robin hood.

A 1225 entry for a Robert Hod on the Pipe Roll, with the form Hobbehod used in 1226 exists, and will be the subject of a future entry.

But it could well be that the fame of Robin Hood may also be the insurance of his permanent obscurity (Holt 1989).

If anyone convicted of a crime, or outlawed in medieval England could potentially receive the nickname of a 'Robinhood' then maybe we can never be sure of the authenticity of anyone no matter how strong the case… 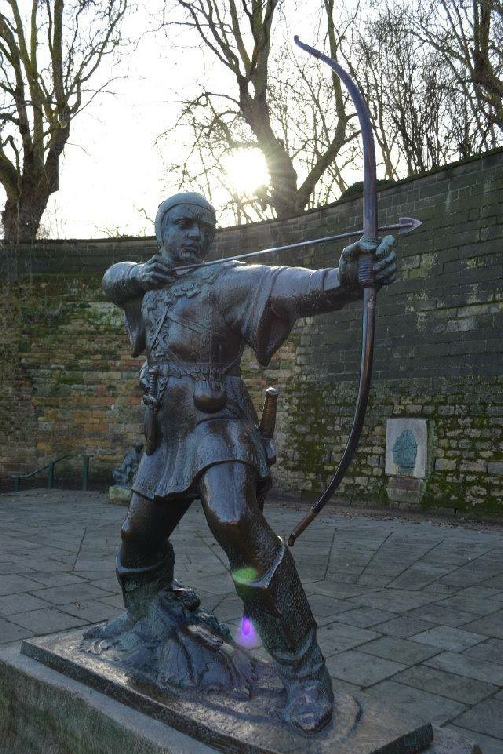 The development of the Robin Hood Legends: the Case of William Robehod